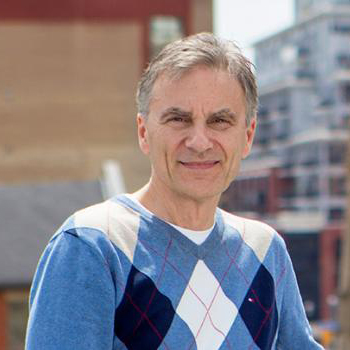 Steven Ehrlick has over 25 years experience practicing law within the music and film industries. He was the V.P. of  Legal & Business Affairs at two major record companies, BMG Music Canada and EMI Music Canada. He also worked in New York as the V.P of Business Affairs at an EMI-owned label, The Enclave, and managed the Human Resources departments at both EMI and The Enclave as well. The first ten years of Steven's career were spent in private practice as a sole practitioner at the firms Hinkson & Associates and Miller Mills & Associates, concentrating his practice primarily in the music and film industries. In 2002 Steven co-founded The Orange Record Label in Toronto. Steven is currently an Assistant Professor at the RTA School of Media where he teaches undergraduate and graduate courses in business, law, media writing, sport media theory and research methods. He played an integral role in the development of RTA's new Sport Media B.A. degree program. In addition to his Juris Doctor law degree, Steven holds a Master of Arts degree in Media Production from Ryerson and a PhD in curriculum studies from OISE, University of Toronto. Steven’s research area is the development of learning communities in undergraduate courses.