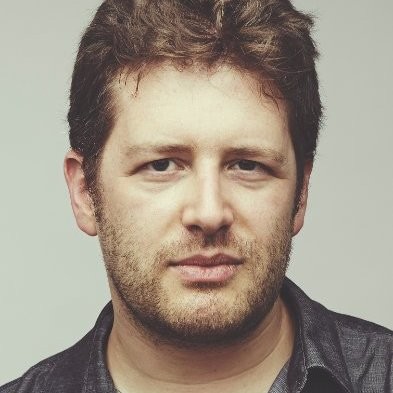 ‍
Nick Fox-Gieg is an animator and developer based in Toronto. His awards include a 2017 Engadget Alternate Realities grant, a 2012 Eyebeam Fellowship, the jury prize for Best Animated Short at SXSW 2010, and a 2006 Fulbright Fellowship; his work has also been shown at the Ottawa, Rotterdam, and TIFF film festivals, at the Centre Pompidou, and on CBC TV. His practice has been supported by grants from Bravo!FACT, the Canada Council for the Arts, and the arts councils of Ontario, Pennsylvania, Toronto, and West Virginia. Fox-Gieg holds an MFA from the California Institute of the Arts and a BFA from Carnegie Mellon University. Most recently, he’s been working on XR projects at Framestore, Google Creative Lab, the University of Waterloo, and T Brand Studio.