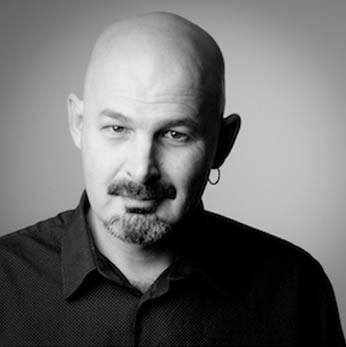 Ian is a creative technology innovator, pioneer and industry connector with a unique vision for how digital tools, platforms and talent can be brought together to create new engaging and meaningful experiences.

In 2016, Ian co-founded creative technology studio Impossible Things with BAFTA-award winning creative director Alex Mayhew to explore the exciting potential of augmented reality (AR). Their first project ReBlink was a long-run exhibition at the Art Gallery of Ontario that employed AR to "remix" ten classic paintings, bringing them to life and inviting visitors to explore each through a modern-day lens. ReBlink massively increased visitor engagement inside the museum, while at the same time it captured broad attention around the world, generating over 300 media stories and 2 million video views. Impossible Things is currently developing powerful new use-cases for AR in diverse areas including video games, toys, entertainment, lifestyle, retail and health.

Ian started his career soon after graduating from York University in 1992 with a multidisciplinary BFA that combined film, photography, visual arts, theatre and creative writing. In 1993 he discovered the Internet and joined Magic Online, an early tech start-up, when he recognized the potential of the Web as a powerful new communications platform. As head of content, community and business development at Magic Ian fostered partnerships and initiated many projects that experimented with early forms of social media, streaming video and digital publishing. Over the next decade Ian held several leadership positions, each focused on combining creativity and technology to produce high quality interactive experiences for consumers.

In 2002 Ian co-founded Interactive Ontario Industry Association (IO), a not-for-profit trade organization for the interactive digital media industry, where as CEO he grew membership from 30 to over 300 companies in just seven years. IO continues to be the official voice of the video game and digital media industries in the province of Ontario. In 2006 he also co-founded the Canadian Interactive Alliance / L’alliance interactive Canadienne to provide an industry voice at the national level.

Ian is a frequent public speaker at global forums such as Augmented World Expo (AWE), Game Developers Conference (GDC) and SouthbySouthwest (SXSW). Impossible Things' work has been featured at festivals and special events in over a dozen cities around the world.